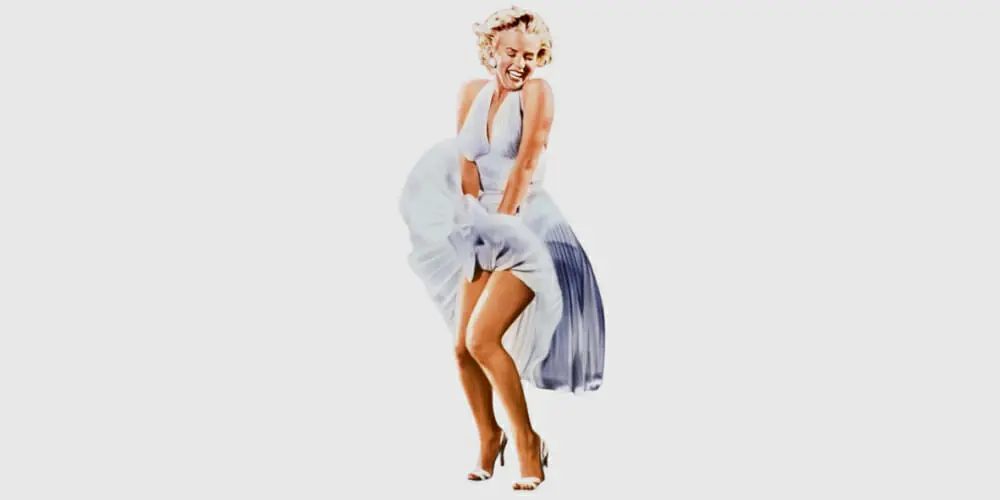 Marilyn is said to have been one of history’s most perfect figures. Marilyn Monroe’s intimate contribution to fashion and beauty was her body positivity, body shaping, and sexy figure. Some admired her sensitivity, while others admired her never-ending efforts to make her life more fulfilling.

“Marilyn wore shapewear to achieve her corseted waist and hourglass figure. Some of the film legend’s undergarments were auctioned off in 2010, including a black nylon bodysuit.”

The rise of body positivity actions and the abandonment of shapewear are not coincidental. As has been said for nearly a century, any “body modifying” garment is inherently oppressive.

The baggy, shapeless undergarments of the 1920s were the first hint. Then there was the underwear of the 1960s. We now have “free the nipple” and an increasing number of teenage women who have chosen to give up bras entirely.

No one has ever questioned whether “freeing the nipple” — or, in this case, freeing the stomach and breasts — is genuinely empowering. The rhetoric may sound convincing, but the evidence shows that women are increasingly dissatisfied with their appearance and bodies. One putative solution has been the body positivity movement, which inspires women to feel good about their bodies regardless of how they appear.

Marilyn’s style may have appeared carefree, but beneath the glam was a carefully planned wrestling match involving basic garments and her Rubenesque figure. Marilyn wore shapewear to achieve her corseted waist and hourglass figure. Some of the film legend’s undies were auctioned off in 2010, including a black nylon bodysuit.

We’re not suggesting that lung-crushing corsets ever make a comeback. Still, in a period when Spanx-like support is available at nearly every retailer, there’s no excuse not to look a little like Marilyn. A well-fitting foundation provides structure and shape that is nothing short of miraculous. Isn’t that, after all, forever Marilyn’s true legacy? The glamor of celebrity can enchant us all, even if only through our clothing.

Marilyn Monroe did one thing right: she had a distinct style. Even today, a simple, elegant halter dress conjures up images of Marilyn Monroe. Pencil skirts and cashmere sweaters are similarly appropriate (every woman needs a daytime look).

Making Marilyn’s style your own requires knowing what you like and what makes you feel and look your best – and then sticking to it. Make it a wardrobe staple if you can rock pink like nobody’s business (as Marilyn Monroe did in “Gentlemen Prefer Blondes”). You could also base your wardrobe on three primary colors: pink, gray, and black. You’ll do well enough to have one’s signature style, just like Monroe, who preferred muted colors.

Regardless of your size, expose your arms. Why are we so fixated on the condition of our triceps? Arms and shoulders are sexy, so let’s show them off more often!

The truth is that a flat collar top or dress flatters almost any body type because it draws attention to the face and skims the tummy generously. We also like shoulder-baring outfits with an empire waist; this high waistline cinches just below the breasts to create curves.

With a peep-toe shoe, you can show a little skin. Marilyn Monroe shows this toe-baring look, known for its cut-outs that let your toes shine. You can learn the peep-toe heel to wear as a sandal or a dignified pump, and Marilyn frequently wore it. Her devotion could teach us a thing or two.

Once you’ve found a shoe that fits your style, incorporate it into your wardrobe. Marilyn wore her peep-toes both during the day and at night.

You’ve probably seen an impersonation of the legendary blond bombshell or a movie featuring Marilyn Monroe in person by now. In any case, you can’t help but notice that this lady was curvy. We can learn a few things from Marilyn’s embrace of her shape, no matter what size we are or what ratio of hip-to-waist measurements we have. We should look after ourselves and dress in clothes that fit and flatter instead of hiding our bodies beneath layers of shapeless knits.

Why Do Modern Women Fear Shapewear?

Shapewear carries a lot of stigma and shame nowadays. In an interview with The New York Times, Betsie Larken, founder of shapewear company Honeylove, says, “Shapewear isn’t something you can feel proud wearing.” Some people believe that overweight women should only wear shapewear.

When most women think of modern shapewear, they think of Bridget Jones’ infamous, enormous panties. Nobody wants to admit that their bodies aren’t perfect enough for that LBD. But that’s because we live in a culture that believes it’s reasonable to ask that of women.

On the other hand, some influencers take shapewear to unhealthy extremes. The Kardashians promote “waist trainers” as the key to their ridiculous body proportions. It should go without saying that physically altering one’s skeleton is not required to have a good figure. These influencers reinforce the notion that beauty is simply out of reach for the average woman, so why even try?

The truth is that women are seeking advice from the wrong people. It’s a safe bet that we should all avoid whatever the Kardashians do. I have a different group of women in mind for whom we should seek advice.

Clothing Has a Bad Connection With Us

Modern women expect to have the ideal body to fit into their clothes. If that fails, they should “love their body,” regardless of how unattractive they feel. Why are we teaching women to deceive themselves about their emotions? We should be teaching women healthy relationships with their bodies, including learning how to dress correctly.

Science has demonstrated the power of clothing to increase success, confidence, and physical beauty. Why are body positivity activists so determined to keep women from reaping the benefits of great clothing?

Why is the Foundation Important?

Now, I’m not suggesting that women start wearing shapewear each day. Even the old Hollywood ladies wouldn’t do something like that. They did, however, know how to choose beautiful clothes that fit them well and use shapewear to help them achieve a dramatic figure when necessary.

The first step toward reclaiming our feminine wardrobes is to reject the idea that flattering or “shape-controlling” clothing is motivated by misogyny or body shaming. The natural shape of your body is nobody’s business but your own. A solid foundation will assist you in creating a wardrobe that is both flattering and empowering.

How useful was this article?

Were Sorry This Was Not Helpful!

Let Us Improve This Article!

Please Tell Us How We Can Improve This Article.